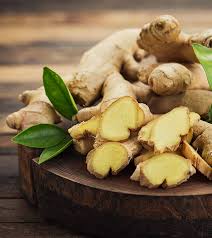 It wouldn’t be far-fetched to think that Hippocrates was referring to ginger (Zingiber officinale) in his famous quote about letting food be your medicine and your medicine your food: It’s a spice that is heavily used around the world, both as a dietary condiment and a medicinal plant. It’s a member of the Zingiberaceae family, in which turmeric (Curcuma longa) and cardamom belong. Most people know ginger for its peppery and slightly sweet flavor (as well as for its distinctly strong and spicy aroma); however, only a few people know how to make the most out of this superfood.

A lot of the superfoods that we know contain chemical components that have been identified with a particular health benefit. Ginger has that, and so much more – to note, scientists have identified at least 115 constituents from various types of fresh and dried ginger, each with a variety of analytical components. Gingerols, in particular, form the most abundant components in fresh ginger, together with other composites such as paradols, zingerone, and shogaols. What’s more, these components transform into other bioactive compounds once these are cooked or dried which also have potent antioxidant, anti-inflammatory, and anti-cancer properties.

In a study published in Obstetrics & Gynecology, researchers suggested that anywhere from 250 mg to 4.8 g – roughly just under two tablespoons – of fresh or dried ginger a day is ideal. The dosage can vary, of course, depending on how it’s consumed, as well as its intended use.

The benefits of ginger, then and now

Finding a traditional medical system that doesn’t make use of the spice is difficult. In Ayurveda, ginger is historically known as the great medicine (maha oushadha), a statement on how effective it is as a therapeutic agent. People in ancient India have used it to treat conditions which range from fever to digestive disorders. In particular, fresh ginger is used to relieve symptoms of nausea and vomiting, which scientists attribute to the presence of shogaol, while dried ginger is known to improve severe respiratory conditions. Gingerol, the compound that gives ginger its distinct smell, is used to stimulate digestion and treat gastrointestinal conditions.

Similarly, the Chinese have also used ginger in traditional medicine for well over 5,000 years. Fresh ginger root, referred to as sheng jiang, is used to disperse coldness within the stomach, owing to its warm and pungent properties, while dried ginger, called gan jiang, is used to treat coldness in the spleen and relieve diarrhea and poor appetite since it has greater heat and pungency. When ginger is quick-fried, it becomes pao jiang and is used to treat dysmenorrhea and similar conditions. Interestingly enough, most dishes in Asia that have ginger are touted to have health benefits. (Related: Ginger Reduces Nausea and Vomiting of Pregnancy and Relieves Menstrual Pain.)

The Old World discovered ginger a little later: The Romans had them exported from India in the past. In England, the gingerbread man was a royal creation – anecdotes have said that Queen Elizabeth I was the first to make the gingerbread man, now a staple in holiday snacks around the world. These days, ginger is a common addition in food and drink, with some notable examples being ginger ale, ground ginger spice, and even ginger beer.

Modern science has also discovered even more health benefits from ginger. At least three clinical studies have noted that ginger is able to relieve nausea and vomiting caused by conditions such as pregnancy, chemotherapy, and even Caesarian sections. In a separate study, the authors found that ginger was a better treatment for dysmenorrhea than muscle exercises.

Researchers have also noted that bioactive ingredients in ginger had antioxidant, anti-inflammatory, and anticarcinogenic properties that inhibited pathways responsible for the development of colorectal cancer. In particular, it has been proven that [6]-gingerol, a compound found in ginger, effectively triggered programmed cell death, according to a study in Molecular Carcinogenesis. In addition, several studies have noted that ginger is able to improve symptoms of muscle and lower back pain, migraine, respiratory distress syndrome, and even Type 2 diabetes.

Getting started on the ginger habit

One of the best ways to get the most out of ginger is to make ginger tea. Here’s a simple recipe, as well as some variations to add more zest to your tea.